Posted by Mcadioh on November 10, 2019 under Entertainment, Talk Zone 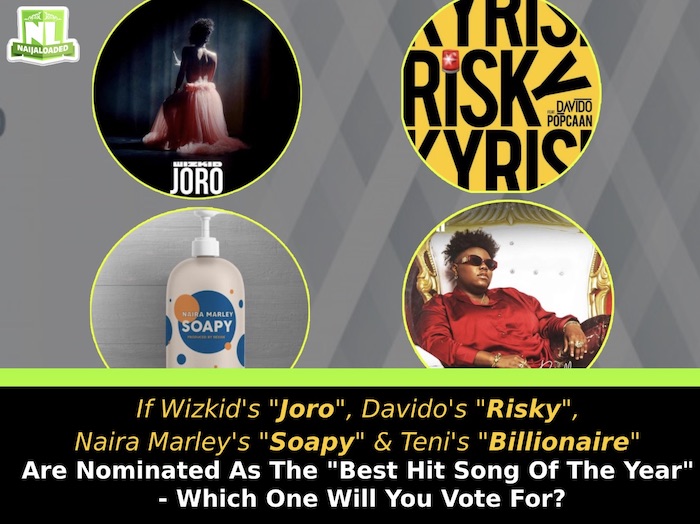 A hit track without any award or nomination is nothing but the punishment of talent and chastisement of the artiste.

The year 2019 has been a hit-packed year so far in Nigeria’s music scene. A very deep insight into happenings in the industry so far, you will notice that the struggle to make a hit is real.
Among all the songs released this year, we expect that songs like “Joro” by Wizkid, “Risky” by Davido, “Soapy” by Naira Marley and “Billionaire” by Teni to be identified as a hit song amongst other songs released this year.
Considering the waves these songs have created, the possibility that these songs will make it to next year and beyond is very high.
Now, let’s be sincere 👇

If Wizkid’s “Joro”, Davido’s “Risky”, Naira Marley’s “Soapy” & Teni’s “Billionaire” Are Nominated As The “Best Hit Song Of The Year” – Which One Will You Vote For?