Posted by Mcadioh on November 10, 2019 under Entertainment 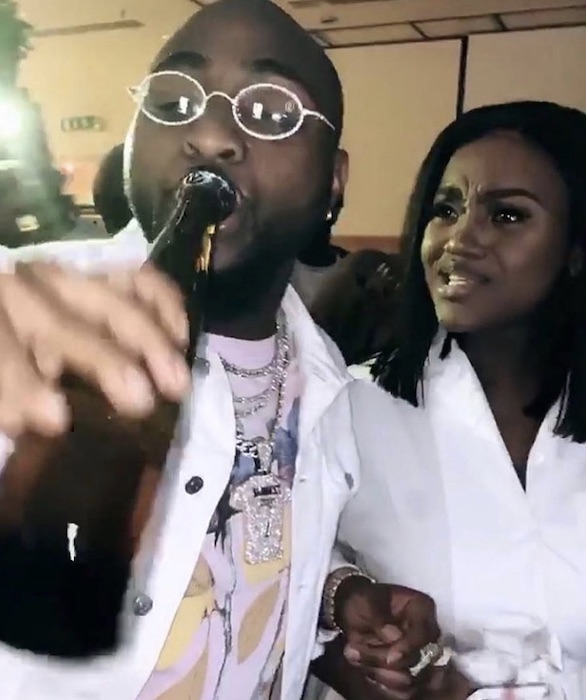 So Yesterday, Davido and Chioma did the official naming ceremony of their newborn Prince, Ifeanyi Adeleke in London.

From the footage seen on the page of celebrities that went to jollificate with them, it’s obvious the event was graceful.
While merriment was going on, this Picture of OBO and his beautiful was shot sporadically, and the duo facial expression is funny as hell.
I wonder what they’re saying at the time self 😂😂
Guys

What Is The Best Caption Someone Can Give This Photo Of Davido & Chioma?