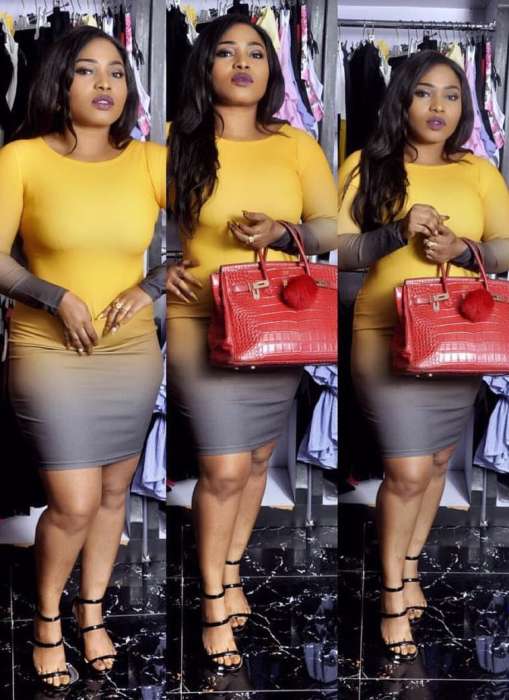 Halima Abubakar has said there is nothing wrong if a father decides to know the virginity status of his daughter.
The Nollywood actress was reacting to T.I’s confession about taking his 18-year-old daughter to the gynecologist to check her hymen and confirm she’s still a virgin.
The American rapper made the shocking revelation while on the Ladies Like Us podcast.
He told the hosts: “Not only have we had the conversation, we have yearly trips to the gynecologist to check her hymen.”
He continued: “Yes, Yes I go with her. I go with her. So it’s this one time we go, I think this might have been after her 16th birthday. This is what we do… Usually, like the day after the [birthday] party, she’s enjoying her gifts. I put a sticky note on the door: ‘Gyno. Tomorrow. 9:30.’ ”
He added that he makes his daughter sign a waiver to allow her doctor to share her confidential information with him.
While many have slammed T.I for forcing his 18-year-old daughter to undergo an annual ‘virginity test’, Halima Abubakar doesn’t think there is any wrong with a father taking his daughter to the gynecologist to confirm if she’s still a virgin or not.
According to her, when she was 14, her dad took her to see different doctors three times just to be sure she was still a virgin. Halima, however, admitted that she hated her dad a bit for forcing her to undergo virginity test, but still she feels he was only trying to protect her.
I don’t see anything wrong in checking , if your daughter is still a virgin. I remember my dad taking me to see different doctors, just to be sure..He stopped after the 3time. I hated him then a bit. BUT HE IS JUST A FATHER TRYING TO PROTECT HIS STUBBORN CHILD
See a screenshot of her post below:- 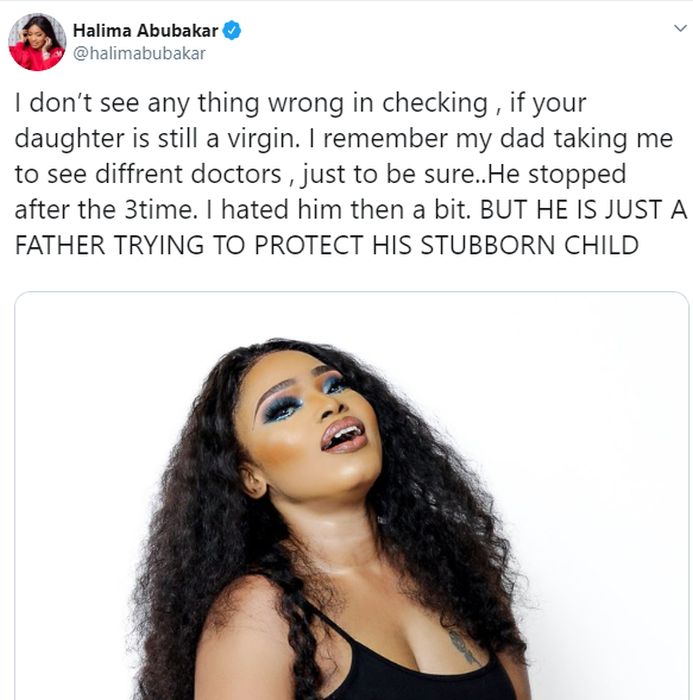