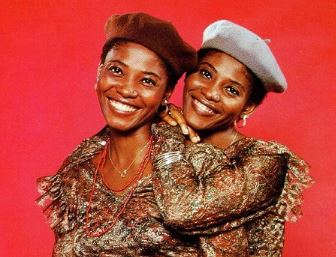 Taiwo, the twin sister of Kehinde of the Lijadu Sisters fame, dies in New York, the United States of America (USA), on Saturday morning, aged 71.
The news of her death was broken by her twin sister, Kehinde.
The deceased, who has been battling severe stroke, ruled the Nigerian music scene, along with her identical sister, from the mid-1960s to the early 1980s.
The identical sisters were cousins of the late maverick afrobeat icon, Fela Anikulapo-Kuti.
The duo, with their unique combination of genres of afrobeat, reggae, disco and Memphis soul, achieved great success in Nigeria and moderate popularity and influence in Europe during the period.
Born on 18 September 1948, the duo had to their credit several albums, including ‘Horizon Unlimited’, ‘Danger’, ‘Africa’ and ‘Sunshine’, among others, with evergreen tracks such as Reincarnation, Danger, Orere Elejigbo.
The Lijadu Sisters were notable for being the West African version of the Pointer Sisters who were said to attained popularity by mixing afrobeat sounds with jazz and disco.